A music player written in electron that allows storing lyrics with songs and searching by lyrics.

A simple music player in electron 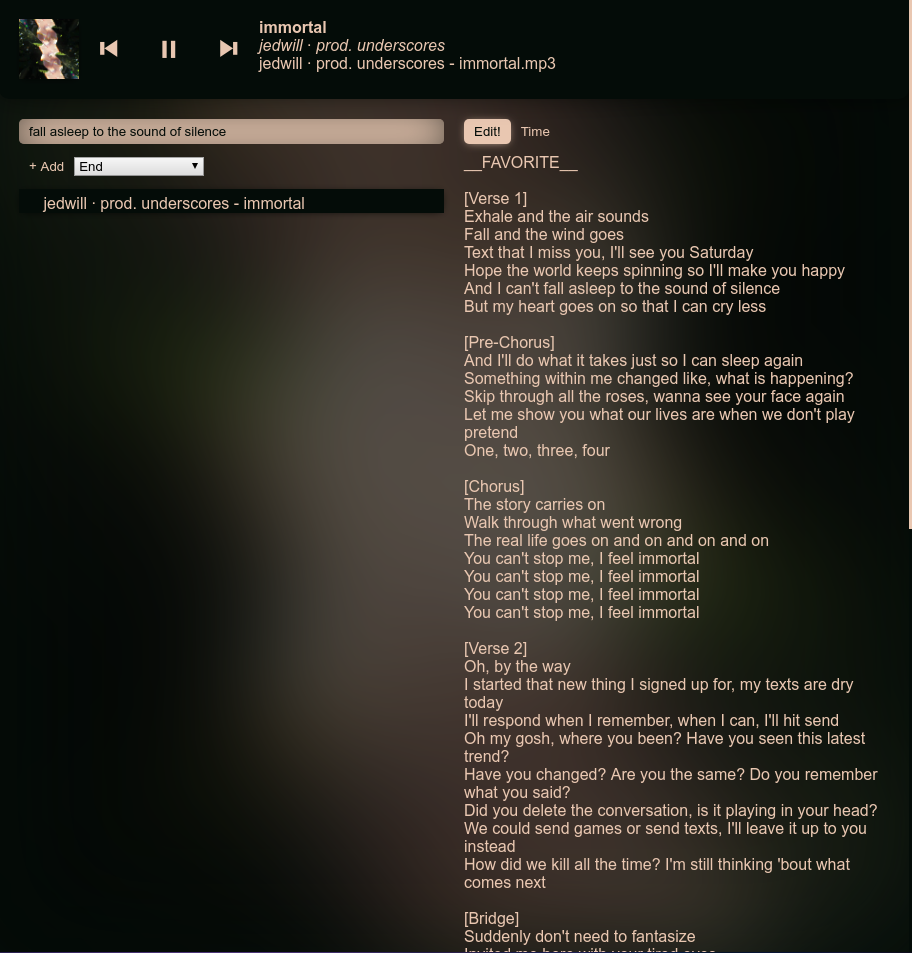 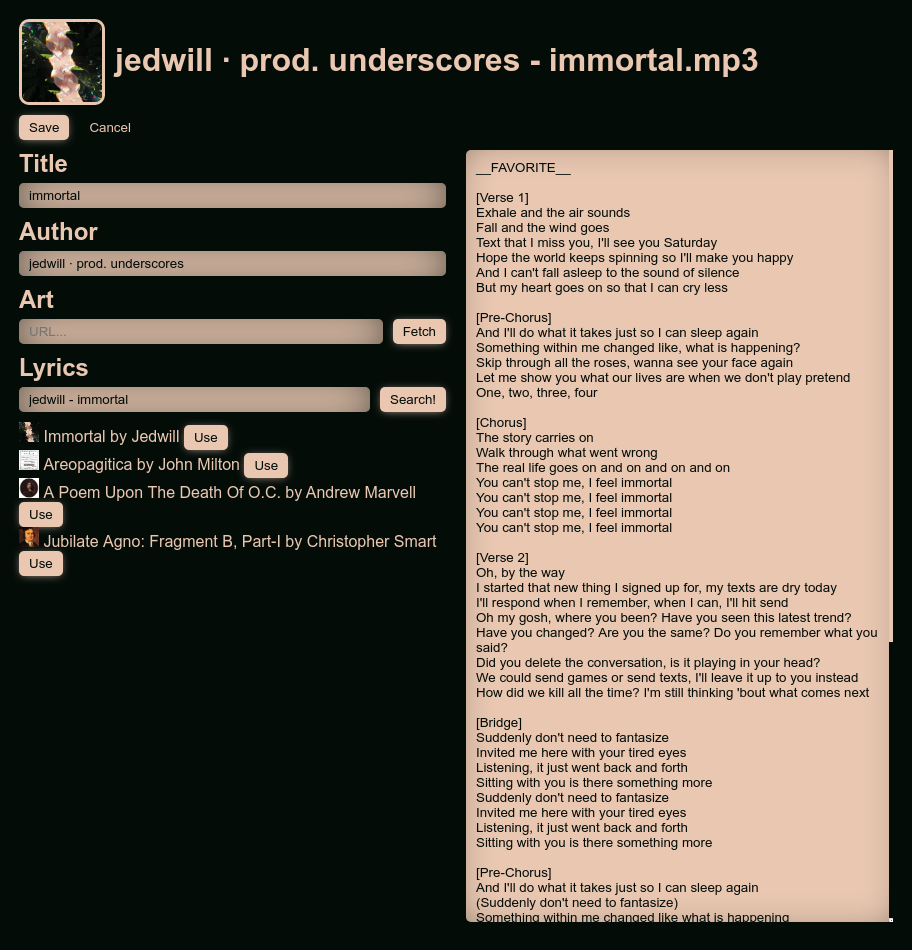 Supports linux and maybe other operating systems if you're lucky.

Choose whether to copy from a local file or download from youtube-dl.

Supports linux and maybe mac and probably not windows.

Then, bind keys of your choosing to:

I have scroll lock/pause break bound to prev/next, page up bound to playpause, and page down bound to randomfiltertoggle.

Use yarn build-watch to automatically build when you change a file. Use an editor plugin to see typescript errors (also don't use atom because it will run at <15fps)

Likely the only file you have to edit is src/player.ts. The window is created in src/main.ts, so edit that if you need to create new windows or adjust hotkeys.

things that might be done in the future if I ever get too tired of not having them:

things that would be good to do but I probably won't ever need: